Is it true that women are being deprived of their rights in Saudi Arabia? What actions are taken to let women finally practice their rights ?

Women’s rights in Saudi Arabia have been heavy-handedly limited compared to the rights of women in many of its neighboring countries due to the strict interpretation and application of sharia law.

According to The Independent, there is a serious lack of clarity over the rights whether women will be able to travel abroad independently, while Human Rights Groups have also pointed to a crackdown over the last year on some of the country’s leading women’s rights activists. Many of these campaigned for the right to drive or gain equal rights to men.

Here are some of the situations of women in Saudi Arabia, and how they experienced deprivation to the rights that shouldn’t be taken from them in the first place. 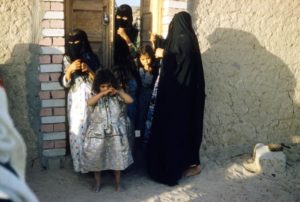 Wearing clothes and make-up that show off women’s beauty

The dress code for women in Saudi Arabia is governed by the strict interpretation of Islamic law and is enforced to varying degrees across the country. The majority of women wear an abaya which is a long cloak and a headscarf. The face does not necessarily need to be covered, but still this doesn’t stop the religious police from harassing women for exposing what they consider to be too much flesh or wearing too much make-up.

In July 2017, a prominent cleric called for even more modesty, urging the nation’s daughters to avoid any abaya that has any decorations. Meaning, no embellishment, no slits, and no openings.

Then after two weeks, a video of an anonymous Saudi woman walking around a deserted fort north of Riyadh wearing a miniskirt circulated around the social media, seemingly disobeying such strict regulations on women’s clothing.

It brings a heated debate in the country with conservatives demanding her arrest pitted against reformers applauding her bravery. The woman was summoned for some questioning by the police for what she did, but was released without charge later.

In the Daily Telegraph report, it is said that women are required to limit the amount of time they spent with men to whom they are not related. Majority of the public buildings, including banks, offices and universities have their separate entrances for the different sexes.

Parks, beaches, public transportations,and amusement parks are also segregated in most parts of the country. However, at the end of 2019, the government announced that restaurants are no longer required to have separate entrances segregated by sex.

Unlawful mixing can lead to criminal charges being brought against both parties, but women are typically faced the harsher punishment.

Saudi Arabia proposed hosting an Olympic Games without women in the year 2015.

“Our society can be very conservative.”

In the year 2012, when Saudi Arabia sent female athletes to the Olympics for the first time at London, hardline clerics condemned the two competitors as prostitutes. The women also needed to be accompanied by a male guardian and should cover their hair.

However, Saudi Arabia’s national stadium welcomed its first ever female spectators in the year of September  2017.

Try on clothes when shopping

Some of the more unusual restrictions on women’s lives in Saudi Arabia are included entering in the cemetery and reading an uncensored fashion magazine.

Things are slowly beginning to modernize. The National Geographic has said that Saudi Arabia is considered as the world’s most gender-segregated nation, but amid the changes now under way, multiple generations of women are debating how to be truly modern and truly Saudi.

The royal adviser Hanan Al-Ahmadi had confirmed that the transformation is indeed under way, but added that everyone needs to be able to create the change gradually and maintain our identity.

No Freedom to Travel outside the country or Get a Passport

No country has restricted the movement of its female population more than Saudi Arabia. One of the restrictions in the Interior Ministry of Saudi Arabia is that women cannot apply and get a passport and travel outside the country without the approval of their male guardian.

Some women are prevented from leaving their homes without the permission of their guardian and  the guardians can seek court orders for a woman to return to the family home.

Moreover, Saudi Arabia did not allow women to drive cars until the year June 2018. The travel restrictions that are imposed make it very hard for Saudi women to flee and leave the country. Several resort to hacking into their male guardian’s phone to change their travel permission settings for them to run away from family members while they are still outside the country.

In the past three years, the kingdom of Saudi Arabia has enacted a series of economic and social reforms such as implementation of anti-harassment laws for safer workplaces for women. Allowing women to drive alone, subsidising day care centres, prohibiting employers from dismissing a woman during pregnancy and maternity leave, and prohibiting gender-based discrimination in accessing financial services are part written on the anti-harassment law.

In August 2019, reforms marked a major turning point in Saudi women’s rights, including women being able to be protected from employment discrimination, being able to register births and deaths, being able to obtain family records, being able to make medical decisions about their own body, related to birth and pregnancy, and being able to travel abroad without being accompanied by a guardian or men. 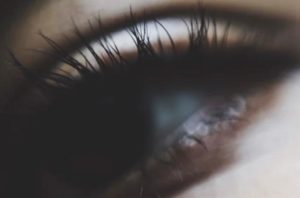